CGSI is proud to present for your viewing pleasure your choice of four films with Czech/Slovak themes.
Movies are available as part of the CGSI Live! and Combo packages. 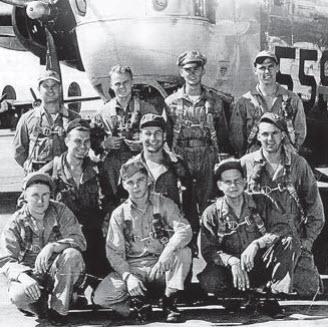 Filmed by Dušan Hudec and produced by Darina Smržova

The Final Mission documents the story of American airmen shot down over Slovakia during WWII and how villagers took 85 of them into hiding. Hudec visited the U.S. several times doing research in the National Archives and interviewing surviving airmen (in their 90s) as well as family members.He also found and interviewed surviving Slovak family members who took these downed airmen into their homes at such great risk. When the communists were in control of Slovakia these stories could not be told. 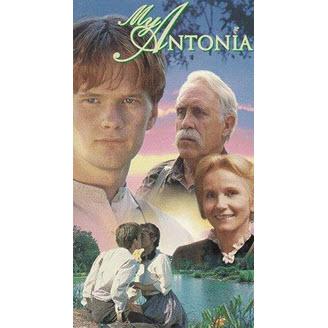 This 1995 TV film adaptation of the Willa Cather novel that won an Emmy for Outstanding Individual Achievement in Cinematography for a Miniseries or a Special. It involves the most famous depiction of Czech immigrant life in American literature and it is one of several works Cather wrote about Bohemian immigrants, whom she called “people of a superior type.” The movie, directed by Joseph Sargent, and stars Jason Robards, Eva Marie Saint, and Neil Patrick Harris and was produced for the USA Network. It was filmed in part at the Stuhr Museum in Grand Island, Nebraska, just 50 miles north of where Cather grew up. 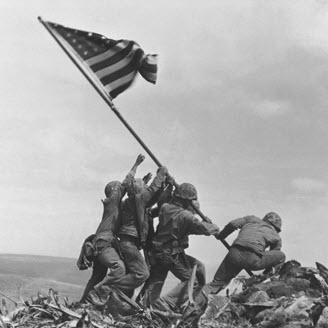 After several days of bloody combat with the Japanese, six Marines led by Michael Strank, of Rusyn ancestry and born in Slovakia, raised the American flag on Mount Suribachi on the Island of Iwo Jima. Thanks to the expressive and historic photo by Joe Rosenthal, those soldiers became heroes who were revered across the United States. However, Strank, 25, died in combat a few days later when shrapnel from an artillery shell pierced his heart. This one-hour documentary film was shot in Slovakia, the United States and Iwo Jima and features interviews with Strank’s sister and the last living members of the Marine Raiders and Marine Corps who fought with him on Bougainville and Iwo Jima. 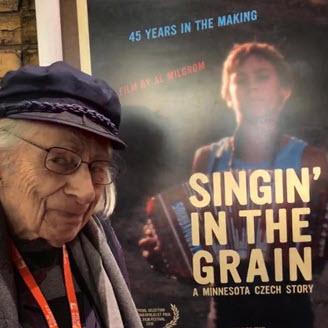 Singin’ in the Grain

Singin’ in the Grain is the story of a village polka band and its city cousins. Shot in a bread-basket corner of the US, “Singin’ in the Grain” captures what it means to be Czech-American today and, by extension, defining American ethnic identity. The Eddie Shimota polka band, tracked by camera for more than 40 years by documentarist Al Milgrom, meets a new immigrant combo specializing in gypsy rock. From distant Moravia in the Czech Republic, it’s a far cry to Eddie’s world in Minnesota’s Czech Triangle: New Prague, Montgomery, Veseli and Lonsdale, and St. Paul’s Czech and Slovak Sokol Hall. Featured are the yearly rituals of the old and the new generations and it becomes a passport for exploring America’s historic immigrant odysseys. 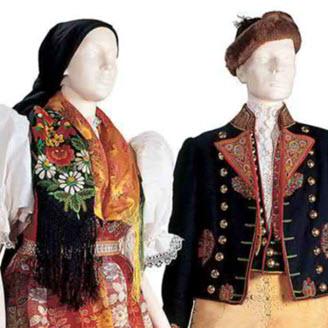 In a special partnering arrangement, the National Czech & Slovak Museum & Library (NCSML) in Cedar Rapids, Iowa, is planning to professionally produce a Kroje (Folk Costumes) documentary to be broadcast during the 2021 Conference. Stefanie Kohn, Museum Curator, is charged with creating a 60-minute presentation using articles in the museum's collection. Visitors to the museum have very likely seen some of these extraordinary kroje on display in the Petrik Gallery. The NCSML collection currently includes 87 kroje from various areas of the Czech Republic and Slovakia.

The film will include the name of each village or region where the costume originated, its location on a map, and a narrated short description. CGSI wishes to thank Dr. Cecilia Rokusek, NCSML President/CEO, Stefanie Kohn, and others from the museum whose work went into producing this very special documentary. 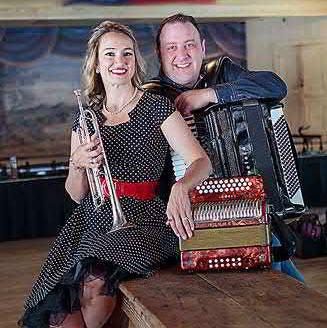 Mollie B, a multi-instrumentalist and award-winning vocalist, hosts the Mollie B Polka Party TV show. Mollie started her career performing with the Jim Busta Band when she was a child. She now performs nationwide— in live performances, TV, and the movie screen, most often, but not exclusively, with the band SqueezeBox. Mollie has performed on over 35 recordings, with fans in more than 30 states and 11 countries and continues to inspire young musicians with her love for music. Ted Lange, a two-time Grammy nominee, International Polka Association Hall of Fame member, and the 2019 IPA Best International Male Vocalist, co-leads and co-manages SqueezeBox with Mollie B. While on stage, he is featured on accordion, midi bass, button box and vocals. Besides performing with SqueezeBox, he has become synonymous with quality polka music as an award winning-musician, DJ, promoter, engineer, song writer, arranger and producer. With his wife, Mollie B, Ted co-produces the Mollie B Polka Party on RFD-TV, which broadcasts into over 60-million households. 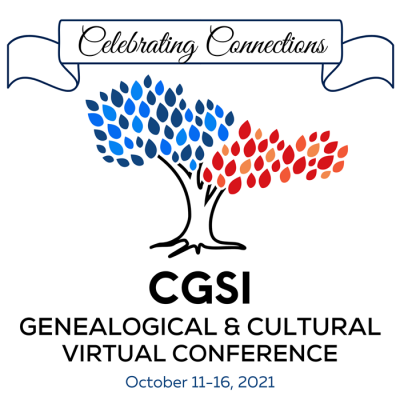