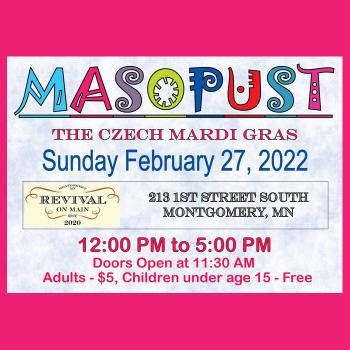 The Czech Heritage Club will be hosting three area book signings announcing the release of “MINNESOTA’S BIG WOODS MUSICIANS: A Narrative on the Rich Tradition of Music in the Culture and Life of the People Who Emigrated from South Bohemia to the Communities in and Around New Prague, Minnesota”.

This book, researched and authored by Sr. Anita Smisek, OP, with narrative assistance from John Chromy, tells the amazing story of how the immigrants that came from the farming villages and towns of southern Bohemia brought with them their love of music, and how playing and singing music made bearable the hard work of clearing trees, building homes, and creating farms in the “Big Woods” of south-central Minnesota in the late 19th century. It shares with us how the “Founding Musical Families” taught their children by candlelight to love and play music; and it records the development of many musical groups (bands, orchestras, choirs) in and around Veseli, Lonsdale, Montgomery, and New Prague, Minnesota.

A longer description of the book can be found at www.czechheritageclub.com.

All are invited to attend these free open-house events.