Pioneer Family and Century Family Certificates are available from Czechoslovak Genealogical Society International (CGSI) to descendants of immigrants from the region known as Czechoslovakia and who meet the appropriate requirements described below: 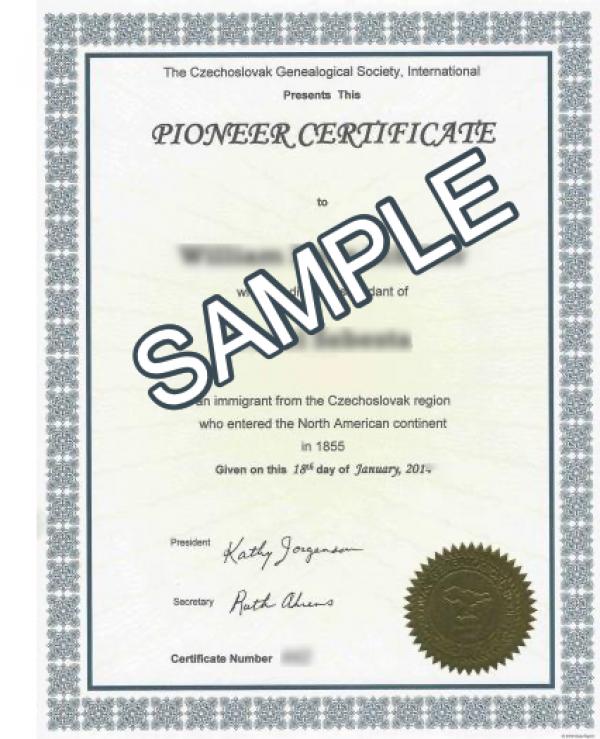 A Pioneer Family Certificate is awarded to an applicant who is directly descended from an immigrant ancestor who entered the North American continent prior to 1871.

A Century Family Certificate is awarded to an applicant who is directly descended from an immigrant ancestor who entered the North American continent more than 100 years prior to the date of application.

Official records must be used to document the presence of an immigrant ancestor on the North American continent. Census records, church records (baptism certificates or marriage certificates), land records, military records, and probate records are examples of official documents. The earliest date shown on the documentation is used to determine eligibility for either the Pioneer Family or the Century Family Certificate.

A committee appointed by CGSI's president evaluates each applicant's submission and recommends the awarding of certificates. The certificates are officially signed by the president and the recording secretary. Both members and non-members are eligible, and encouraged, to apply.