An Original Cut and Paste 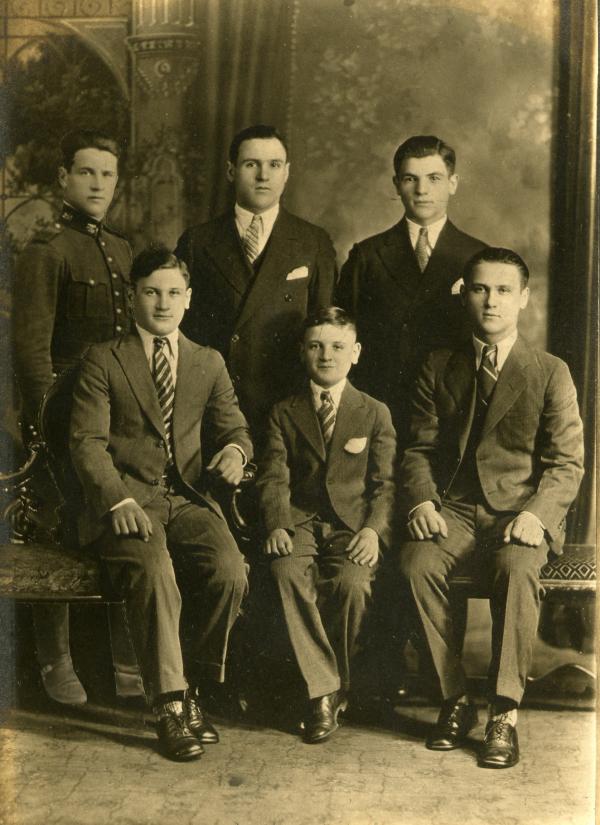 The one brother I had never met was Matej, the one standing on the left. He had never emigrated from (then) Czechoslovakia and only came to the US for a visit in 1964. As I got more into my personal family history, I came back to this picture because I realized it couldn't have been physically possible. At the ages of each brother when this photo was taken, five of them lived in Chicago and Matej was in Czechoslovakia. They would not have been together in person at any point in this time frame. Another part of this image that was slightly off was the clothing: five in suits and one in a uniform. 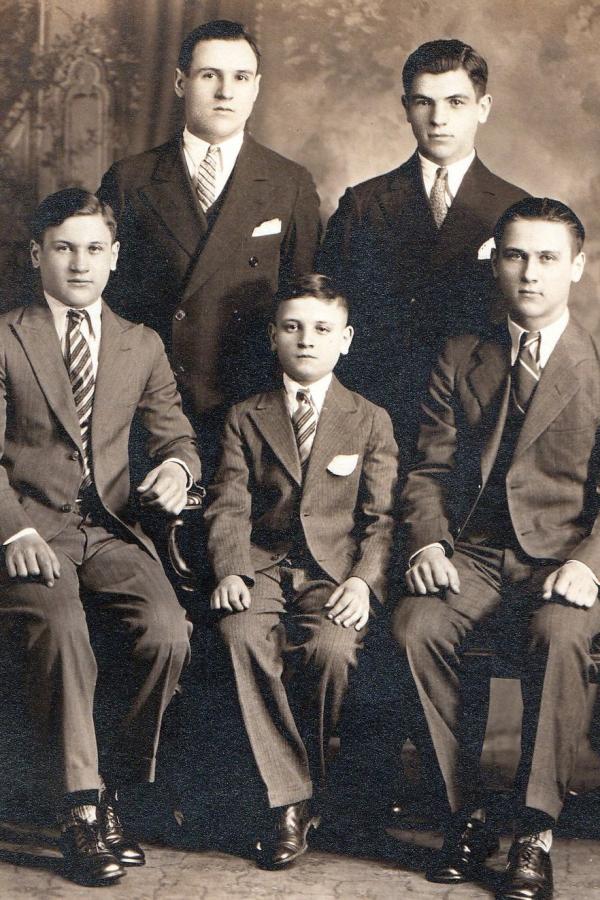 Then one year at our annual family reunion a cousin brought her grandfather's (one of the brothers in the photo) scrapbook and produced a revelation.

This photo is only five of the brothers, but they are in the exact same pose as the photo above. The clothes, positions, and background are identical. The only thing missing: Matej. But then the answer came quickly with another photo in this scrapbook. 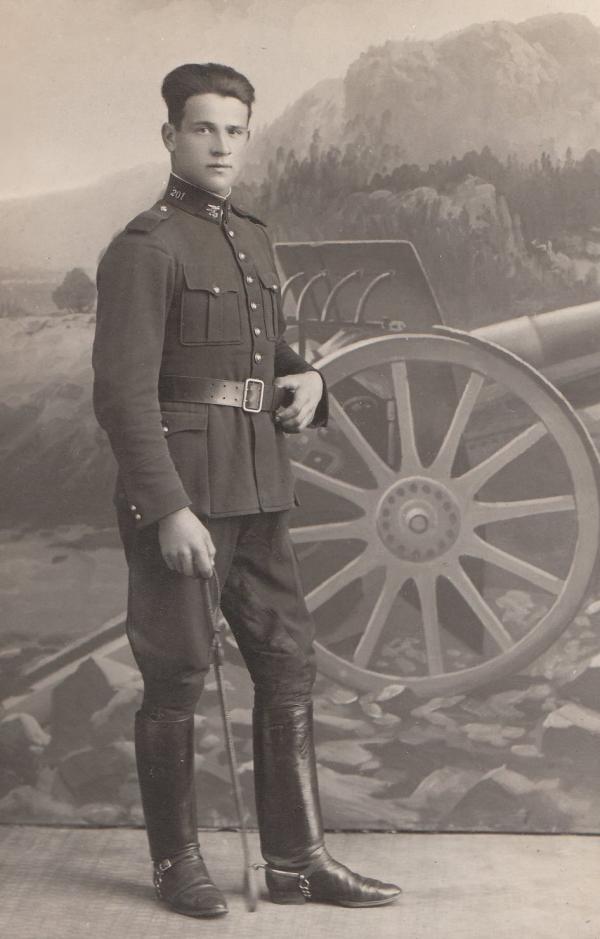 This photo of Matej again is identical to the one with all six brothers. What is happening here? My best guess is that Matej was photographed in Czechoslovakia and the five brothers photographed in Chicago. Then someone cut the image of Matej and inserted him into the group photo of his brothers.

These six brothers would end up being separated for another three decades but they did what they could to be together, if in spirit only.