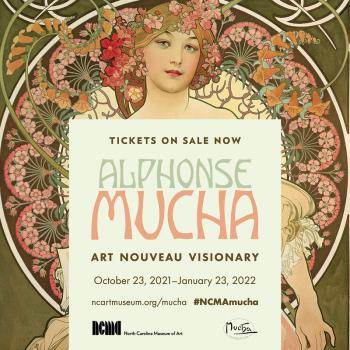 Czech-born Alphonse Mucha (1860–1939) was one of the most celebrated artists in Paris at the turn of the 20th century. As an influential force behind the art nouveau movement, he created sumptuous posters and advertising—promoting such everyday products as cigarette papers and tea biscuits—that transformed the streets of Paris into open-air art exhibitions. Alphonse Mucha: Art Nouveau Visionary celebrates the Mucha Trust Collection’s first major U.S. tour in 20 years, featuring a vast array of posters, illustrations, ornamental objects, and rarely seen sculpture, photographs, and self-portraits. Additional works from the NCMA’s collection highlight the American interpretation of the European aesthetics that influenced Mucha as well as his close friendship with French sculptor Auguste Rodin. 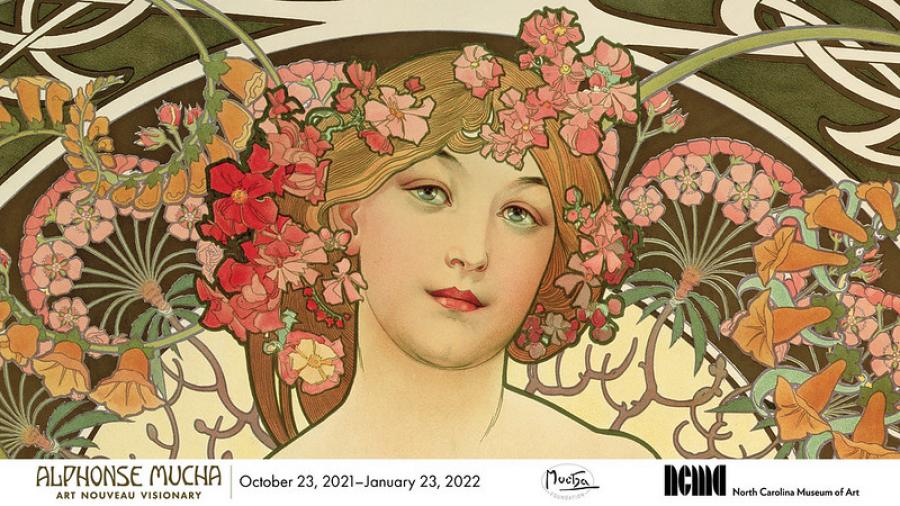 Despite the powerful impact of Mucha’s style, his ideas behind its development are less well known. Alphonse Mucha: Art Nouveau Visionary draws on the latest research to examine the theoretical aspects of his style, which evolved as a language for communication with the wider public. Featuring some 100 objects from the Mucha Trust collection, including rarely seen works from the artist’s family, the exhibition looks at Mucha’s contributions to the art nouveau style and how he later used his visual language to express his vision for an independent Czechoslovak nation. The international scope of Mucha’s aesthetic, influences, and impact are elaborated in the exhibition and accompanying catalogue through the addition of works from the North Carolina Museum of Art collection and new research on their relationship to Mucha’s art and times.

Alphonse Mucha: Art Nouveau Visionary is co-organized by the North Carolina Museum of Art and the Mucha Foundation, Prague. 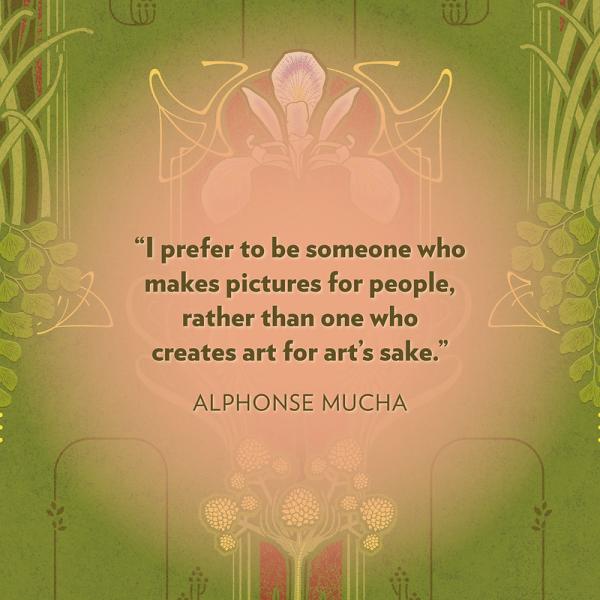