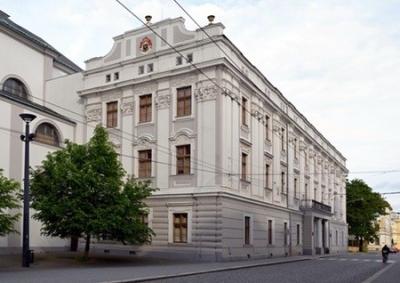 The Opava Land Archive covers northern Moravia and the former Duchy of Silesia. The website contains parish registers with birth, marriage and death records from the late 16th century to beginning of 20th century for northern Moravia and Silesia. It also contains land records for taxes and deeds, census records, nobility records, school registers, charters, maps and photographs. Also online is a card index to information including house registers. The application digi.archive.cz provides a comfortable search for digitized archival records within the scope of the Zemian Archives in Opava. It is available in three language versions and adapted to work on mobile devices.

Most of the parish records have been posted. The law does not allow births of less than 100 years for marriages and deaths of less than 75 years to be posted. Even if a volume has records older than that timeframe, if it also includes newer records, it will not be posted until it meets the legal requirements.
Also note that some volumes are only an index, and some volumes contain records plus an index either at the end of the book or after each section of records (birth, marriage, or death).

Identification of former German or Latin names of actual Czech places is allowed to users by Index of municipalities of Czech Silesia and northern Moravia (compiled by Dr. Adolf Turek et al., published by the Regional Archives in Opava, 2004). It contains in alphabetical order all sites of this region, the development of their names and administrative status. It can be accessed here 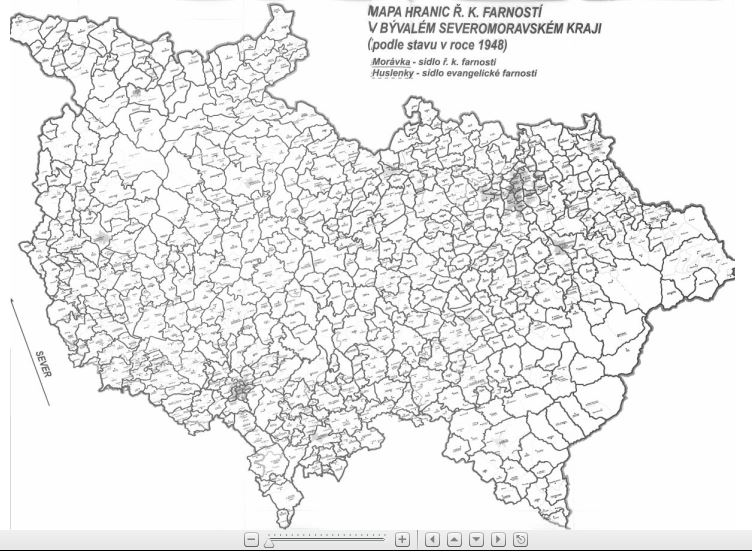 If the search of the initial parish records does not yield the results you are looking for, it may be helpful to search surrounding parishes. This detail map can be enlarged to help you locate the parish you have searched and locate the names of surrounding parishes. Mapy.cz is a great website to help you get a better perspective of where your parish is within this map.

The Opava archive will no longer conduct research for individuals.
The research room of the archive can be visited by anyone interested in research, who will fill in research papers on the first visit and then will follow the instructions of the research and internal regulations of the archive. The researcher is oriented through archive aids – inventories, catalogs and inventories.
The public can also use paid services – reproduction of archival documents (black and white and color xerocopies, document scanning, etc.), professional searches, etc. – unless they conflict with the research rules.
Researchers can use their own digital cameras, with the consent of the supervisor, to make copies of archival records for personal study needs (without the use of lightning). Before visiting, the archive recommends booking a place in the study room, either by telephone or at the archive e-mail address.

Cadastral Maps: Cadastral Maps are not available through the Opava website. Click here for basic information about accessing cadastral maps.

The district archives are also available to find other types of information such as census records, letters requesting permission to emigrate, certain land records, marriage contracts with register of brides dowry, school records, political records, town chronicles (history), and court proceedings. Some materials are online, but most of the records held by these sites require an onsite visit or can be searched through a professional researcher.

Some records from this archive can also be found in FamilySearch. Additional information about using the Opava Archive can be found at FamilySearch Wiki.