In the summer of 2007 my wife and I were planning a trip to Europe and thought it might be interesting to visit the village of my paternal grandfather, Sobotište in Slovakia. Neither of us had ever been to Slovakia, but I grew up aware of Sobotište because my grandfather was born there in 1910. He emigrated to the US in 1929, leaving behind one brother who stayed on the property on which his descendants (my relatives!) still lived. 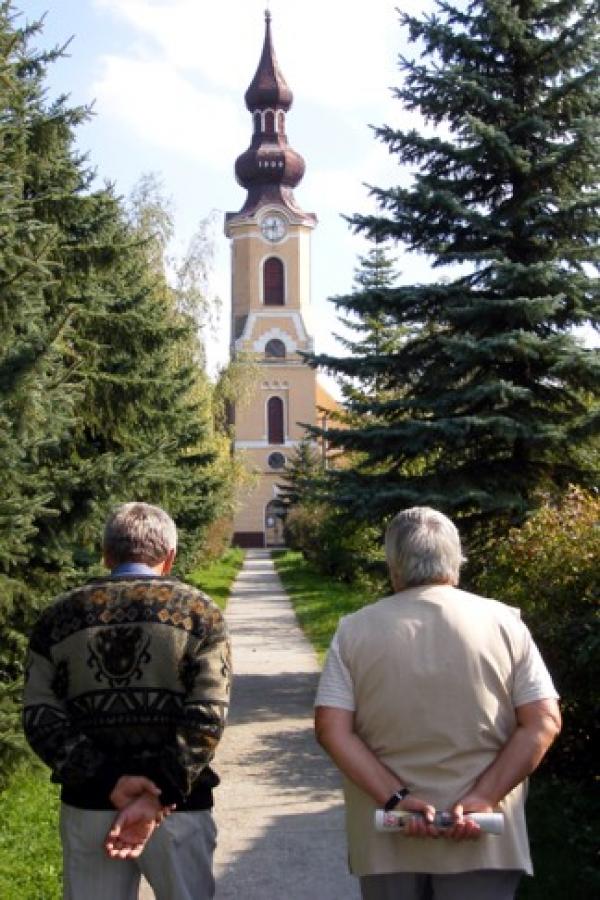 The Lutheran Church in Sobotište, Slovakia.

I had the address, so I wrote a letter explaining who I was and that we would like to visit, had the letter translated into Slovak, and sent it off. A couple of weeks later I received an email which said (in English) "Hi cousin, we'll be here and look forward to meeting!"

On the scheduled day we took the train from Bratislava and there at the station were two cars of new family waiting for us. It was a whirlwind weekend, staying on the property my grandfather left behind almost 80 years previous. There was plenty of food, drink, and wonderful hospitality leading to a unforgettable weekend.

Part of the visit was spent walking around Sobotište, visiting the Lutheran church and cemetery of our family. Sobotište also has a designated walking path around the village, complete with informational signs in Slovak and English. These signs highlight the interesting areas of the village, including the two churches, the city hall (a former manor house), the slivovice distillery, and the Hutterite area.