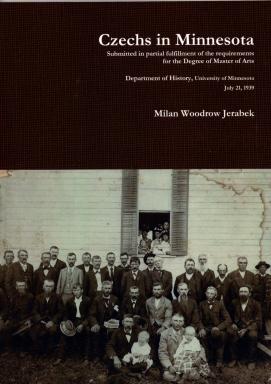 Introduction
“The transplanting of diverse racial and cultural groups from their old world setting into the melee of an expanding America is one of the most important themes of American history. The way these groups became adjusted to the distinctive frontier, English-speaking environment, and the way they influenced its development, constitute a vital phase of American history.

This paper deals with a particular racial group in a restricted section of the country. This type of historical work is difficult to characterize. It is local history, and yet it is not local history. It is a synthesis of local histories, but not a comprehensive survey. Actually, it possesses the strength and the weakness of both the former and the latter. Local history enables one to unfold a picture in precise detail, but much of it lacks significance unless it is placed in a larger setting. The bold strokes of greater history, on the other hand, make the minutiae of restricted studies comprehensible, but a certain amount of distortion necessarily results.

Since this study is devoted to a specific cultural group within a rather un-integrated, artificial, geographical division, the necessity of placing the material in its context is doubly urgent. The Czechs in Minnesota cannot be segregated from those in Iowa, Wisconsin, Illinois, Nebraska, or South Dakota. Nor can they well be isolated from their immediate neighbors or the general American environment. The Czechs in Minnesota form in fact a hinterland of Czech activity in America, and the percentage they form of the total population of Minnesota is small. Yet their numbers are sufficiently concentrated and their institutional life and development sufficiently advanced and unique, to make a knowledge of them essential for a full comprehension of the history and institutions of the state of Minnesota.

At the same time, this knowledge affords a cross-section of Czech-American development in both rural and urban environments, both frontier and more settled conditions. In a broader sense it throws light on what motivated European peoples in general to come to America when they did, and what impelled them to settle in some places and not in others. The whole vital process of frontier development on one hand, and Americanization on the other is involved.”