Jaroslav ze Šternberka... did not exist 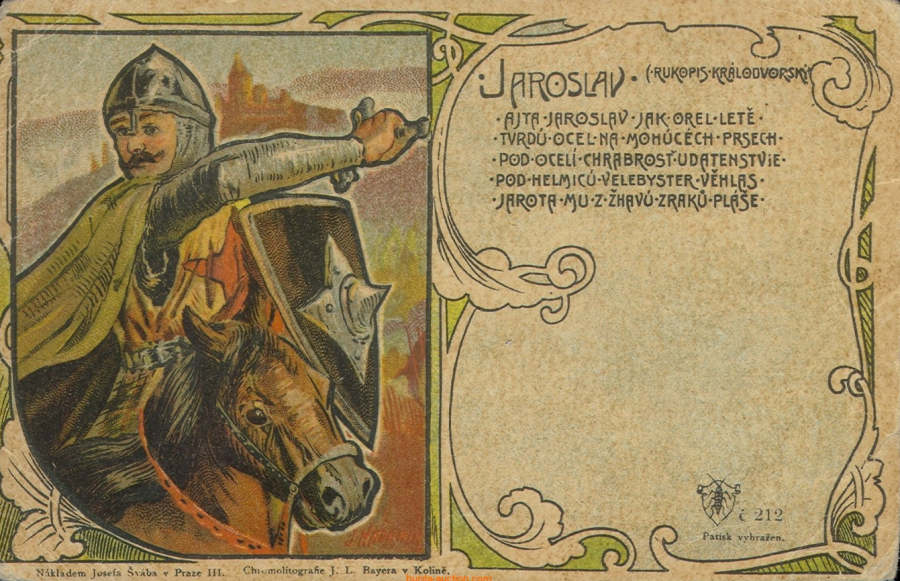 I was reading this article when I discovered that the mythical 13th century legend Jaroslav ze Šternberka did not exist.

I had not heard of this particular person before, but one can't get very far into Czech history before hearing the name Šternberk. (It's Sternberg in English, because apparently we are allergic to diacritical marks).

In fact, when we visited the Czech Republic in 2017, we stayed one night at Zámek Jemniště, which is still owned by a branch of the Šternberk family. They gave us a personal tour, and it was one of the highlights of our trip. I highly recommend it! Our fictitious 13th century Jaroslav apparently even appears in the 19th century art in this castle, too!

Jaroslav was allegedly sent to Moravia by King Václav (you know, Good King Wenceslaus?) with 8,000 Czechs. He gathered the Moravian forces into Olomouc, totaling 12,000 men. They defended themselves from Tatar attack there for a long time, and then when the time was right, attacked furiously - and won a decisive and glorious victory against the Tartars (as was described so eloquently in the Rukopis královédvorský poem from above).

Except that Rukopisy královédvorský was a 19th century forgery of a 13th century document, so none of this actually happened. The whole thing was supposedly discovered in 1817 (then transribed and printed in 1819) to look like it was from the 1220's.

I mean, there are multiple other real people named Jaroslav ze Šternberka, but the one who heroically defeated the Mongols? No. Yet many, many people were fooled, including artists who went to great lengths to paint intricate frescoes about the subject. It was a popular topic for 19th and very early 20th century artists, poets, and writers, fitting nicely into the Romantic ideals of the Neo-Baroque style.

The manuscript even fooled František Palacký, famous historian and politician.

I personally think that somebody ought to make a movie about this.

Or at least a Wikipedia article in English...

In case you're wondering,  the first translation was mine (with help), and the English to medieval English translation was entirely mine, with the help of this awesome dictionary. The best part? It doesn't even have to be proper "ye middle Englishe" - it just has to be passable!

And yes. If you're wondering, I had wayyyyy too much fun with this. It doesn't really get much better than forged epic medieval poetry.