Frantisek (Frank) Marak was a peasant farmer in Moravia. He was born in Horni Sklenov, but may have moved later to a village called Ticha. The towns are only 3 or 4 miles apart, so who knows. Frank and his family emigrated to Texas in 1856 on the ship Anna Elize with Captain Rindemann. Frank’s family at the time consisted of Frank, his wife Rozina, and his sons Johann (born 1846) Jiri (George, born 1849), Matej (Matthew, born 1851), Stefan (Steve, born 1852), and Ondrej (Henry, born 1854). The Anna Elize was about 100 feet long with 2 masts, so the era of large steamliners had not begun. They left Bremen on August 20th and arrived in Galveston on October 30, 1856. They were at sea for 71 days with 120 passengers. Another passenger on the ship was August Haidusek, who went on to become an attorney, county judge, and state legislator. Judge Haidusek gave a lecture on the passage and early years of settlement in 1906 that has been preserved in the literature. A good source for the speech and general information about early Czech settlers is the book “Czech Pioneers of the Southwest” by Dr. Henry R. Maresh (1932). 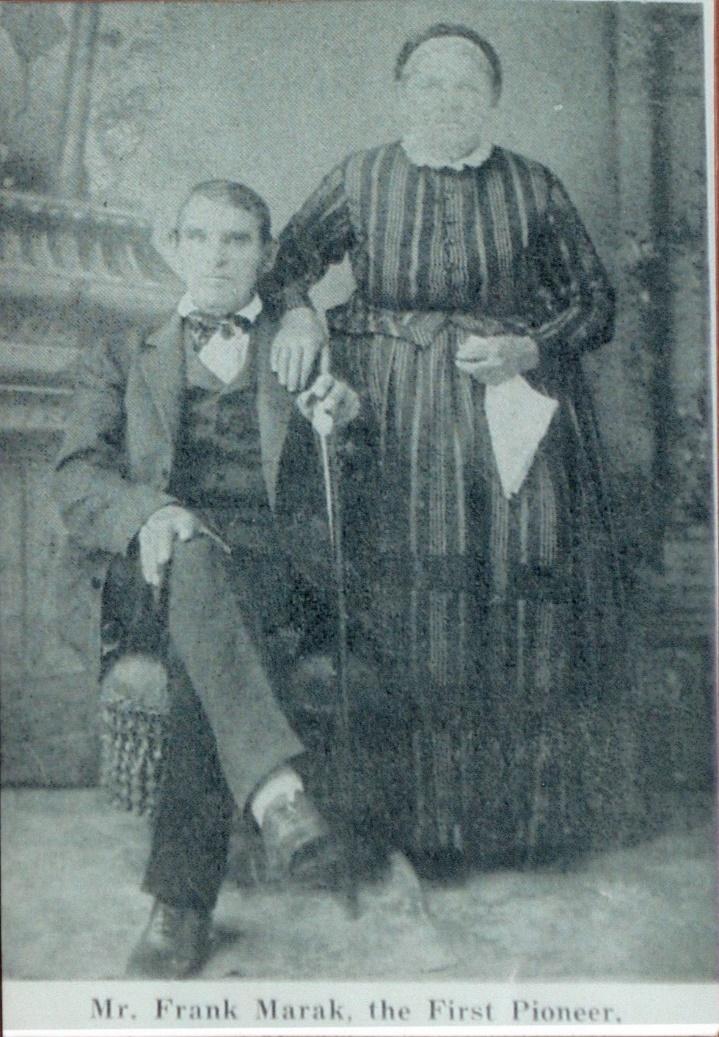 An interesting finding to me was the way the empire of Austria Hungary treated their citizens wanting to emigrate. The Czech people were very much second-class citizens; all official documents were in German and even speaking the Czech language was discouraged. This situation got even worse after the unsuccessful revolution attempt in 1848. The Habsburg empire apparently wanted to eliminate the Czech culture. Despite this, they did not really want them to leave. Part of the permit process was a written acceptance that if they left, their citizenship would be forfeited and they would not be allowed to return. This looks like an attempt to intimidate applicants to stay. I suppose the aristocracy disliked the peasantry enough to make life hard for them, but not enough to sacrifice their labor. The document produced by Frank Marak on January 4, 1855 has survived and is included in the attachments. 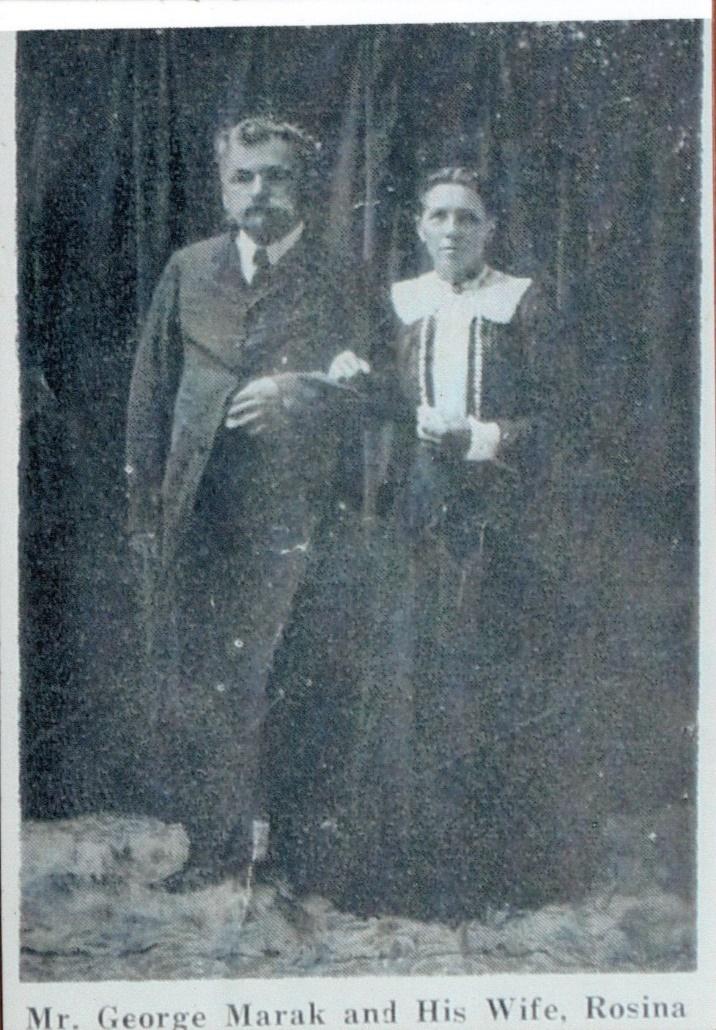 Frank and his family landed in Galveston and, like many Czech immigrants, traveled inland to Cat Spring and stayed there to rest for a couple of weeks. They then set out to find their own lands. Some of the group started the settlement of Dubina (meaning “Oak Grove” in Czech); some of them settled in the existing German community of Bluff, which had its name changed later to Hostyn.

Frank was part of the group that settled in Bluff/Hostyn, and his name is on the historical marker there as an original settler. Perhaps there were more comforts available in Hostyn than Dubina. Frank may have opted for this because his wife, Rozina, was pregnant when they left the old country. Their son, Thomas Marak, was born December 29, 1856. Poor Rozina had to leave all she had ever known, cross the sea on a small sailing vessel, travel overland and set up a new home in a frontier setting while pregnant. Adding to the misery is the fact that her first born child and eldest son, Johann Evangelista Marak, most likely died at sea or shortly after arrival. Johann apparently boarded the Anna Elize with the rest of the family, but there is no record of him arriving in Texas. Frank stayed for a year in Bluff/Hostyn, then returned to Dubina. 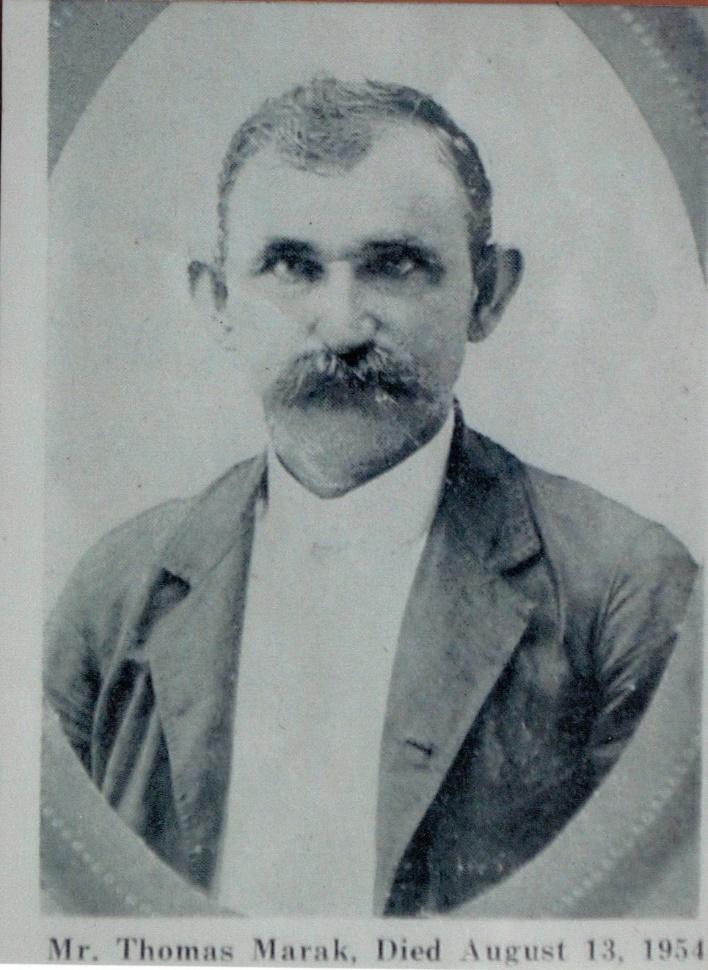 Frank and his family stayed in Dubina for 25 years until about 1880. They farmed and Frank built and operated a cotton gin. Then in 1880, when he was 56 years old, Frank uprooted his family and moved north. Recall that in 1880 the average life expectancy was about 50 years, so Frank was considered to be an old man. Why in the world would he pick up and move? I believe that he did it for the same reason that many Czechs moved around Texas, and the reason they came to Texas in the first place – cheaper and better land.

By 1880 the area around Dubina had been settled for many years and the land prices were likely relatively high. Frank had grown sons by this time and wanted to help them get established. They traveled north in covered wagons; their first stop was an area in Milam county a few miles northwest of Cameron. Frank bought about a section of land (640 acres), uncleared, for 50 cents an acre. He split this land up among three of his sons, Jiri (George), Stefan, and Thomas. He told them it was up to them to make it work. This area became the community of Marak. The land for Marak’s original cemetery was donated by Frank. 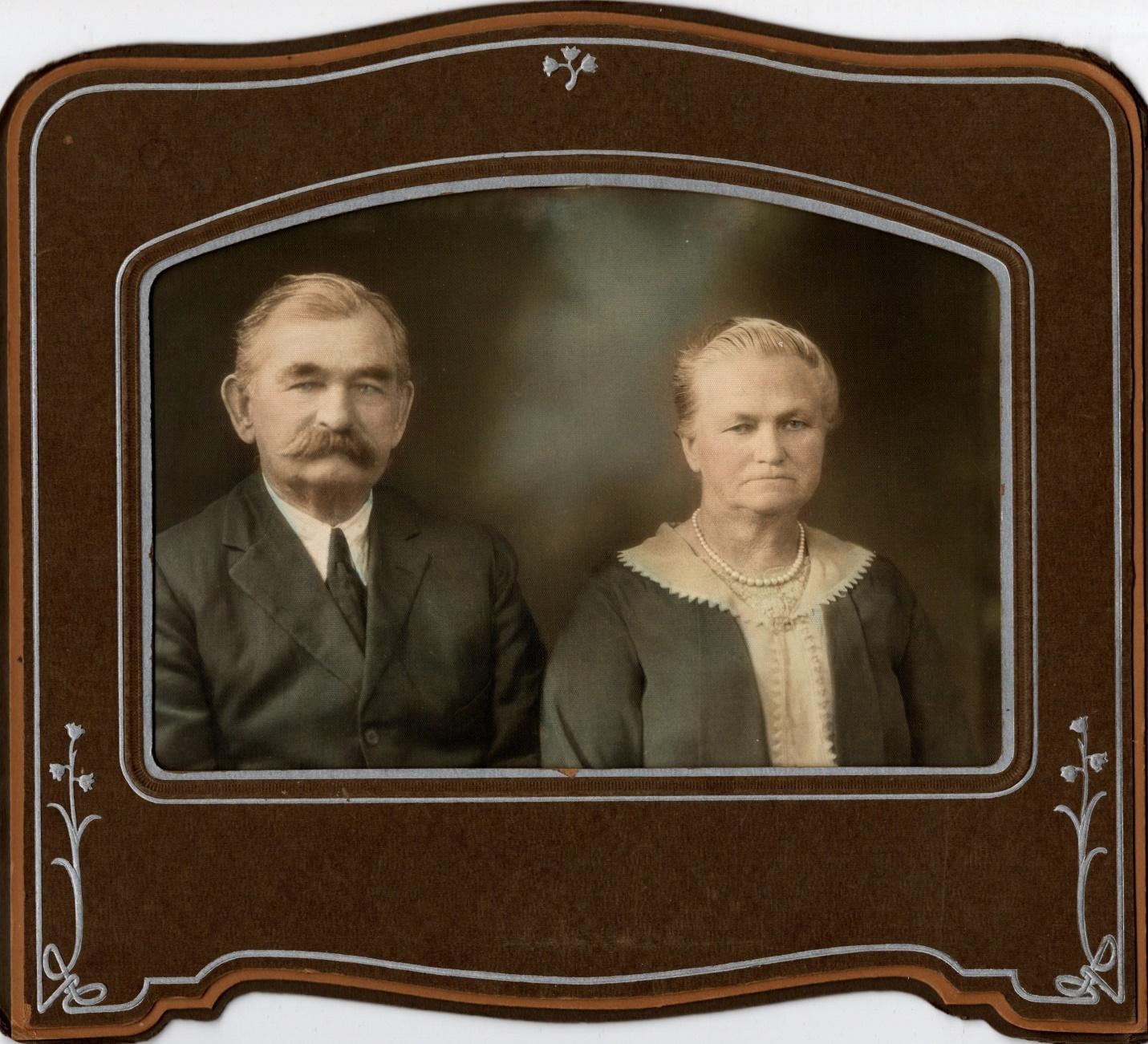 Frank then wished his three sons good luck and headed north again. He did not stop until he made it to McLennan County. He settled in a small community called Bold Springs (named for early settler Carey Boulds). There wasn’t much to it, but that would soon change. The railroad came in 1881 and a local storekeeper named Thomas West owned a quarter section of land that was platted into the town of West. Railroads brought prosperity to farmers because it made it so much easier to sell their crops. This prosperity was also shown by increasing land values. This helps explain why Frank moved. It allowed him to help his children, and he made some money himself. An example of this is a record of land purchases by Frank’s son in law, Jan Stanislav, who married Frank’s daughter Mari Je (Mary Ann). Jan came to Texas in 1871 and worked for Frank Marak to learn how to farm cotton. He purchased 900 acres on East Navidad Creek in 1877 for $900, or $18 per acre. He moved with Frank to McLennan County and was able to purchase 300 acres in 1881 near what became the town of West for $12.50 per acre. West was good to him as he became a stockholder in 3 banks and was a stockholder and director of the Brazos Valley Cotton Mill.

What I believe is that Frank Marak was willing to take risks and was ambitious. Instead of buying stocks for his 401k plan like we do now, he took a chance on settling where the railroad would bring prosperity and it apparently paid off.

I don’t know much else about Frank other than he spent the rest of his life in West, died in 1902 and is buried in West.

Several other of Frank’s children ended up in West as well. But another story I’ve found to be interesting involves railroads and Frank’s son Matej (Matthew).

Railroads were given land by the government as payment for the tracks that they laid. Railroads developed the land into settlements and sold it. One of these settlements was a town called Bomarton in Baylor County. The town was developed by the Wichita Valley Railroad in 1906 and was located next to the tracks they laid from Seymour to Abilene in 1906. Land in the area could be purchased for $7 to $15 per acre while more settled areas brought prices of $40 per acre or more. Promoters would recruit farmers from other parts of Texas and schedule excursion trains to show them around and sell them farms. Their pitch was that they could sell their existing farms in developed areas and buy much larger farms around Bomarton for the same amount of money. The area had experienced 2 years of much heavier than usual rains and the town really took off. Some of the promoters targeted areas settled by Czech farmers. One of the Czech farmers that fell for the sales pitch was Frank Marak’s son, Matej (Matthew). Matthew ended up with 1,004 acres of land that he eventually sold to his children. Matthew was apparently an early settler; when he and his family arrived in Baylor County the only building in Bomarton was the lumberyard. Matthew was active in the local Catholic Church and is listed as a trustee on the marker erected at St. John’s Catholic Church in Bomarton. After the 2 years of good rains, the rainfall returned to normal and the settlers trying to farm in the semi arid climate apparently had a rough time and many moved away. The church is now abandoned and Bomarton is a ghost town.