Greg Nelson, from FamilySearch, presented a comprehensive review of FamilySearch's efforts in accessing and acquiring the records of East Europe, Czech Republic, and Slovakia over the years 2009-2019. Greg's very informative session was recorded at the 2019 CGSI Conference in Lincoln, Nebraska.

FamilySearch is a nonprofit family history organization dedicated to connecting families across generations. It is the largest genealogy organization in the world.  FamilySearch is owned and operated by the Church of Jesus Christ of Latter-day Saints. Originally established in 1894 as the Genealogical Society of Utah, today the organization offers genealogical records, education, and software.

Registration for a FamilySearch account is not mandatory to view all records, but may be necessary to view certain images, and it is free of charge. The majority of records can be viewed at home but due to copyright agreements with original record custodians, some records might only be accessible in a local Family History Center. By the end of 2020, FamilySearch plans to have digitized all of the microfilm holdings.

Some records can be viewed by images (camera icon), and others are indexes only (record numbers given in column), and some are both images and indexes. The presence of record numbers indexed does not indicate complete indexing of the source (it may only be 10% complete), so do not make an assumption that indexing is complete. There is currently no way to determine how complete an index is.

Indexing of records on FamilySearch is done by volunteers around the globe and is open to anybody, not just church members. Records are first indexed by an indexer and then checked by a more experienced indexer. Currently some typed records, such as obituaries, are indexed by computers. Handwritten text recognition software is being deployed to help index many more records. There are currently indexing projects for both Czech and Slovak parish registers. To find these projects, view the FamilySearch Web Indexing website, click “Find Batches”, and search for a batch in the language of either Czech or Slovak.

The historical records for Czech Republic and Slovakia are accessible by following these links or by navigating to the relevant Historical Record Collection. Another useful way to find a record on FamilySearch is to use the FamilySearch Catalog, which includes all the holdings in the Family History Library in Salt Lake City and can be used to navigate specific and general places.

FamilySearch also maintains a very useful Research Wiki (which is a free, online genealogical guide) for both Czech Republic Genealogy and for Slovakia Genealogy.

The Genealogical Society of Utah, which is the organization inside FamilySearch primarily responsible for microfilming records, contracted with the archives of Slovakia to initially film the parish registers and later digitize and make them available online. Much of the filming took place during the 1980s and 1990s, which is important to understand because it means that parish registers with birth records older than 100 years (at the time they were filmed) were not allowed to be filmed. These registers exist in the archives, and many newer records are allowed public access now in one of the eight State Regional Archives (Štátny archívy) in Slovakia.

As of this date, the State Regional Archives in Slovakia do not have church books available online. The only source of these records is via FamilySearch in the Historical Records Collection called Slovakia, Church and Synagogue Books, 1592-1935 (with over 1.6 million images). This is essentially complete for the regional Slovak archives and also contains records from several district archives as listed. Note that sometimes the waypoints are a challenge to navigate and might be mislabeled. Also, over 11 million names have been indexed from these records so a name search may be worthwhile (but not complete, however). Additional district archive records are being added. You will also see that the 1869 Census of Slovakia is also available with over 270,000 images.

The FamilySearch situation for Czech Republic is a bit more complicated. FamilySearch was required to negotiate and contract with each regional archives separately. To date they have contracted with the regional archives at Litoměřice, Třeboň, Opava, and Zámrsk. Most of these records are found under the FamilySearch entry Czech Republic, Church Books, 1552-1981 (with over 4.6 million images). This section contains records for Litoměřice, Třeboň (a few record books), Opava (numerous records), and Zámrsk. 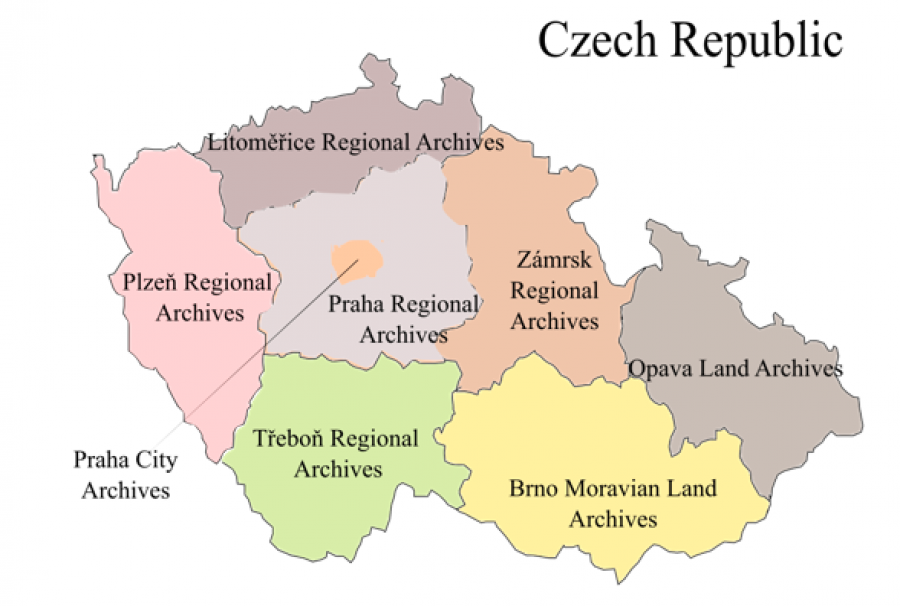 Aside from the matriky, FamilySearch has several other significant digital record holdings for Czech Republic.  This is the content to date, but digitizing continues for all of these archives so the digitized records are growing constantly and added online incrementally. When FamilySearch started with Czech Republic records, they were using a new process for capturing digital images instead of microfilming.

However, when the digital records were brought back to Salt Lake City for processing, it was discovered that some of the images were inaccessible. The data was there, but could not be accessed. They called this the “Digital Backlog”. Opava and some Třeboň records fell victim to the “Digital Backlog”. Eventually, a portion of those records were retrieved and temporarily placed under separate headings Northern Moravia, Opava Archive Church Books, 1571-1905 (with over 206,000 images), and Southern Bohemia, Trebon Archive Church Books, 1650-1900 (with over 147,000 images). If you are researching Opava or Třeboň records, you will have to search both the main section of parish registers, and one of these latter sections until these records are eventually merged.