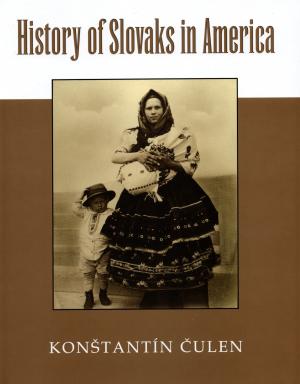 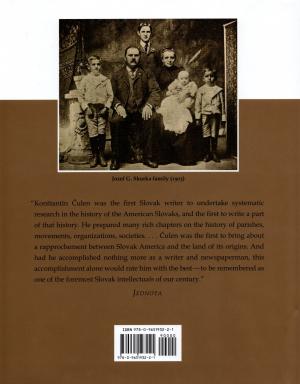 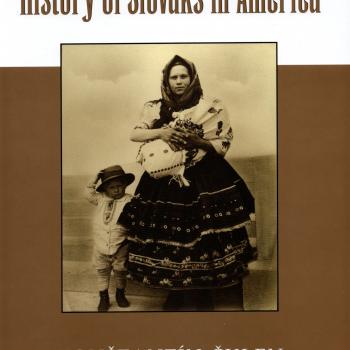 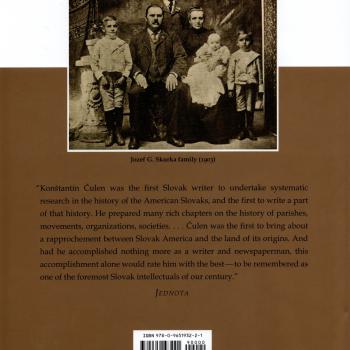 History of Slovaks in America

This 411 page hardbound book was originally published in the Slovak language in two volumes in 1942. Most of the original photos from the book have been reproduced in this English edition (Dr. Michael J. Kopanic, Jr. - editor), along with rare additional photos of the author, and the 1935-1936 Matica Slovenska delegation, which he accompanied to America to conduct research for this book.

In History of Slovaks in America, writer and historian Konštantín Čulen (1904-1964) paints a vivid portrait of early Slovak life in the United States. He records in detail the experiences of Slovak-Americans, their struggles and triumphs, their strengths and failings, their passions and prejudices, and their fight to achieve unity and justice for the Slovak nation, both in America and in their oppressed homeland.

Through his rich and extensive use of early newspaper accounts, letters, eyewitness narratives, and other original source materials, Čulen enables us to hear the “voice” of the Slovak immigrant generation. The result is an absorbing and often dramatic chronicle of the Slovak-American experience. Appearing for the first time in English translation, this book provides an indispensable resource for understanding the foundations of Slovak life in America.

All surnames and place names in the book are fully-indexed, as an aid to genealogical research.

“Konštantín Čulen was the first Slovak writer to undertake systematic research in the history of the American Slovaks, and the first to write a part of that history. He prepared many rich chapters on the history of parishes, movements, organizations, societies. ... Čulen was the first to bring about a rapprochement between Slovak America and the land of its origins. And had he accomplished nothing more as a writer and newspaperman, this accomplishment alone would rate him with the best – to be remembered as one of the foremost Slovak intellectuals of our century.” – Jednota 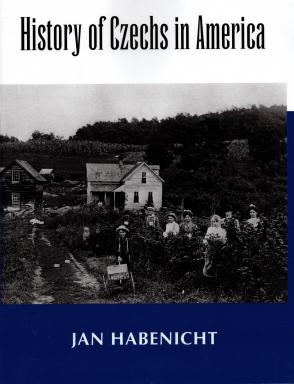