I was on a quest to find the Czech village of origin for one of my ancestors (Mariana Žídek who married František Genzer. Spoiler alert, though he was from Frenštát, she was from Brušperk). 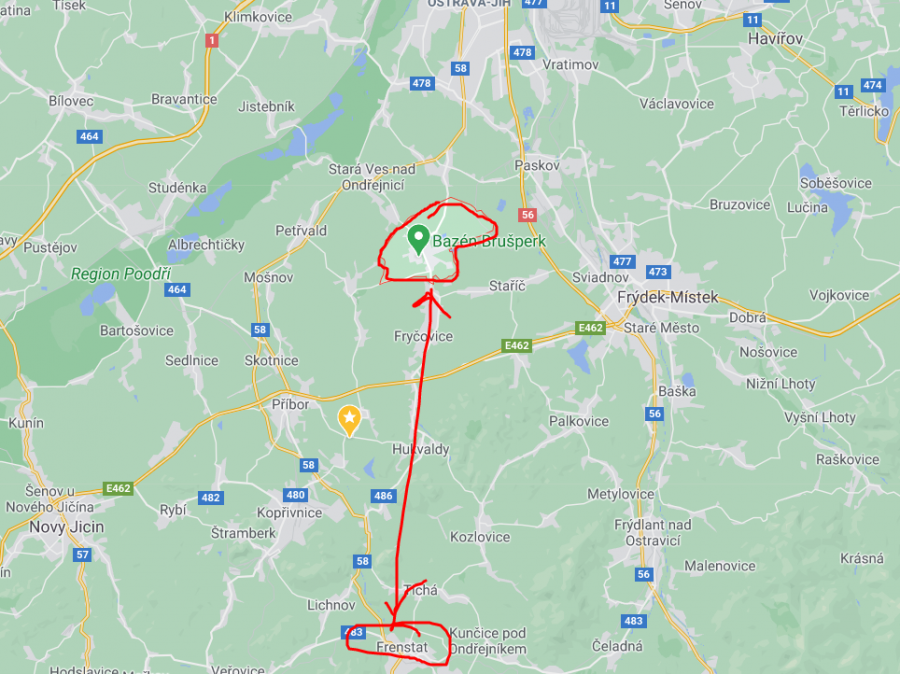 On the way I discovered something that is definitely worth writing about: a small ghost town named Mishak, Oklahoma.

Yeah, I was surprised, too.

It wasn't actually very difficult to find her village of origin, since this family has a huge family tree in MUDr. Josef Šimíček's The Pilgrims for Hope Volum II: The emigration to America during 1856-1914 from Frenštát and Trojanovice (which you can buy here). See? Here is her birth in Brušperk.

Part of me wonders if the origin of the surname Žídek has anything to do with Jewish ancestry, or if it has to do with žízeň (thirst) - which seems unlikely - but in any case, this family was Roman Catholic, so my etymological musings are not very relevant.

Šimíček's published genealogy leaves her this way: "She died in Nov 1901 in Mishak, Ok."

So of course I plugged that place into google maps, and surprisingly, it wasn't there. I was intrigued! Where was this place?

I did a google search. The first link was to a 1988 article from the newspaper called The Oklahoman with this gloriously quaint headline: Town of Mishak Had School, Store. Something about that headline makes me smile.

I thought that maybe this town would be mentioned in Dějiny Čechův v Americe. You can read this book online for free in Czech here, or you can get an English translation from the CGSI store here. 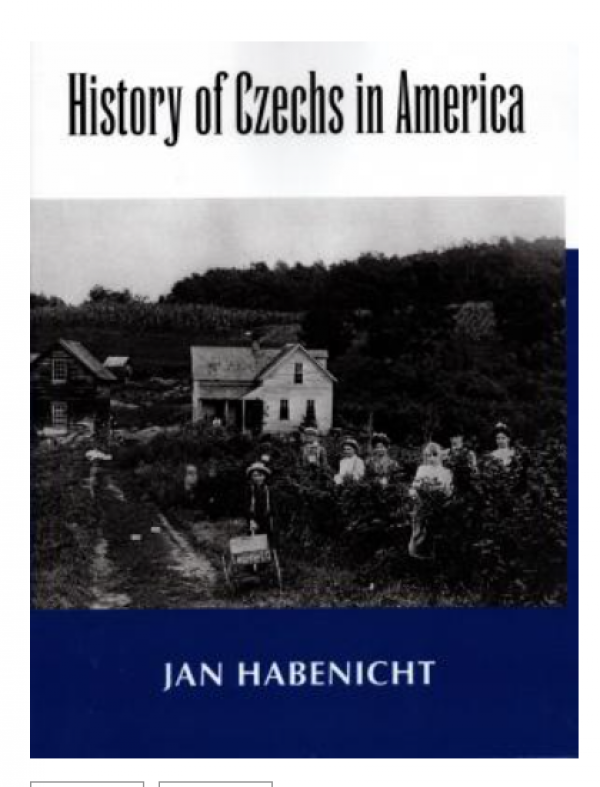 Surprisingly, there was very little about this settlement in History of Czechs in America! 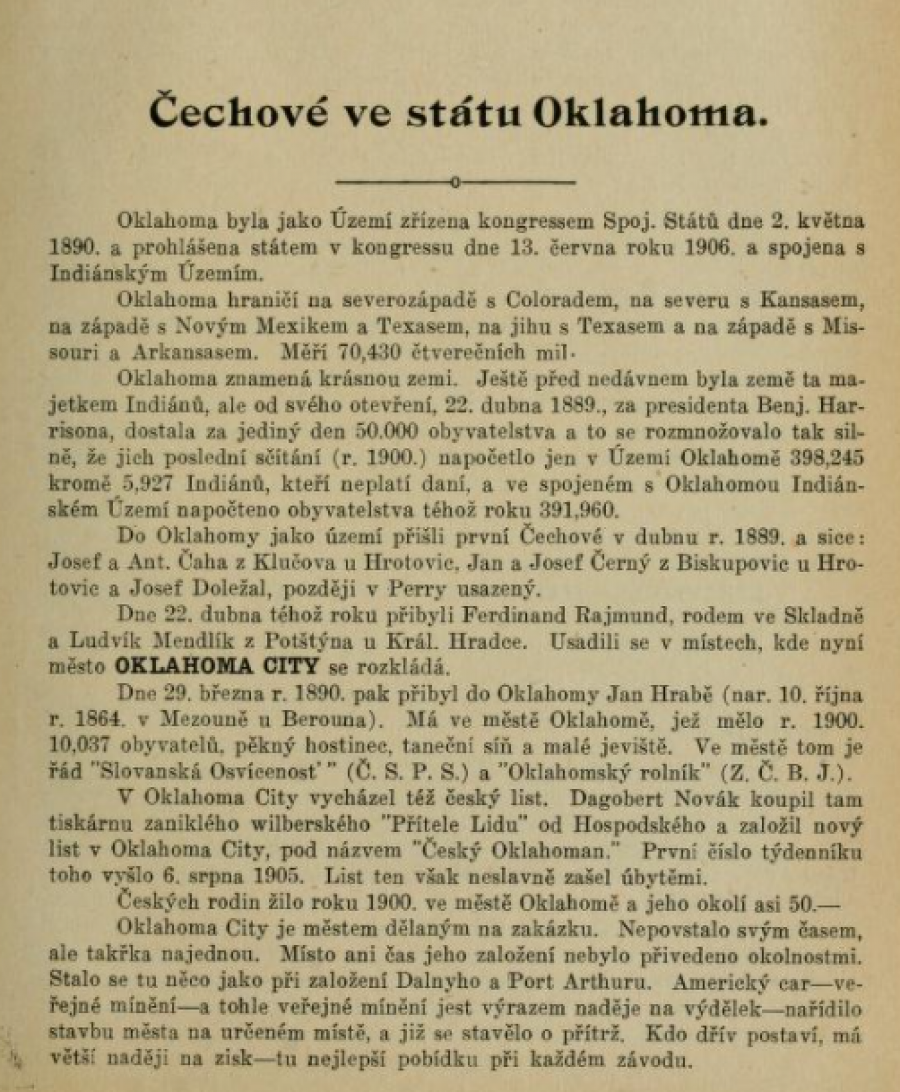 What does exist mentions "Oklahoma City", but no settlement named "Mishak", even though the book was published during this settlement's prime in 1904. I suppose that this signals either 1) that for whatever reason, there weren't as many or as strong of contacts with the Oklahoma Czechs and Habenicht, 2) the length of time between research and publishing this book was significant, or 3) Mishak was teeny tiny!

I started to do a bit more sleuthing and came across an article about Czechs in Oklahoma by the Oklahoma Historical Society.

I found it personally interesting that there was a Texas connection worthy of mention. After all, this Genzer family actually went to Texas first - to Ammannsville. Something or other (perhaps the weather?) pulled them to Oklahoma, which wasn't too frequent of a migration route, to say the least.

When doing genealogy research in a new locality, the first thing I usually do is find the familysearch wiki page about that place. It is a good general collection of all kinds of information, and has links to online genealogy records. 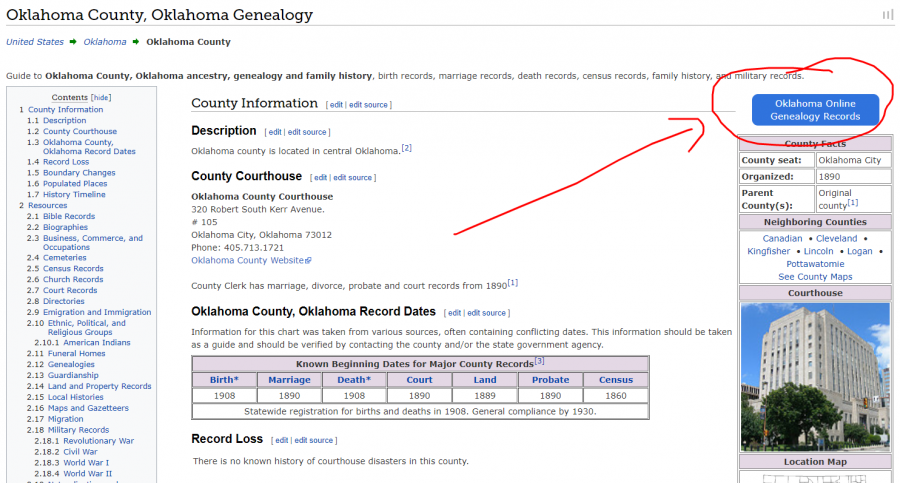 Then I started looking in the 1900 census for a place called "Mishak." I didn't find it.

I read a little more about the town and discovered on the Oklahoma Cemeteries Website that it was founded, apparently, by someone named Frank Mishak. So I just searched for him in the 1900 census and soon discovered that in 1900, it was grouped with the town of Boone.

Here are the Mishaks on the 1900 census. They founded this small town of Mishak, OK.

Mishak is apparently an air base today.

The Clear Springs "Mashak" Cemetery does not have my Czech relatives (nor very many people with Czech surnames at all).

Mine were buried instead at St. Martin's Cemetery. This makes perfect sense; they would have wanted a Catholic burial, and there was apparently no Catholic church in Mishak/Boone.

By the way, my something-eth cousin Angelina Kretzchmar is confused about the very same thing that confuses me, apparently. One of the Genzer children's information seems very wrong. Was this Mary Genzer Cisak even related? The first Mary born to Mary Žídek and František Genzer was born in 1859, not 1856. Also, the couple wasn't even married until 1857 (which... doesn't necessarily mean... but you know. It would not follow the pattern). According to Šimíček, Mary Genzer born in 1859 marred Jan Zrubek (but maybe remarried Cisak?) and died in 1922 in Mishak, Oklahoma. So... is this a typo on her grave, where a 6 was confused with a 9? I am not really sure.

This is why I decided that I would make a quick index of the Czech inhabitants for the "Boone Township" in 1900, which apparently included Mishak. Here it is:

Czechs in Mishak, Oklahoma in 1900

Please note that I did not include the German families in this list, which was perhaps a mistake.

In any case, you can really see that there were Czechs that came first to Nebraska, Texas, and even Wisconsin before settling in this little tiny settlement in Oklahoma.

To my great joy and amazement, I discovered that newspapers.com has heritage newspapers, including the gem "Český Oklahoman". For whatever reason, it is sort of OCRed but the search results are not included when you do a main search. This makes me wonder about if they might have other heritage newspapers that I don't know about. 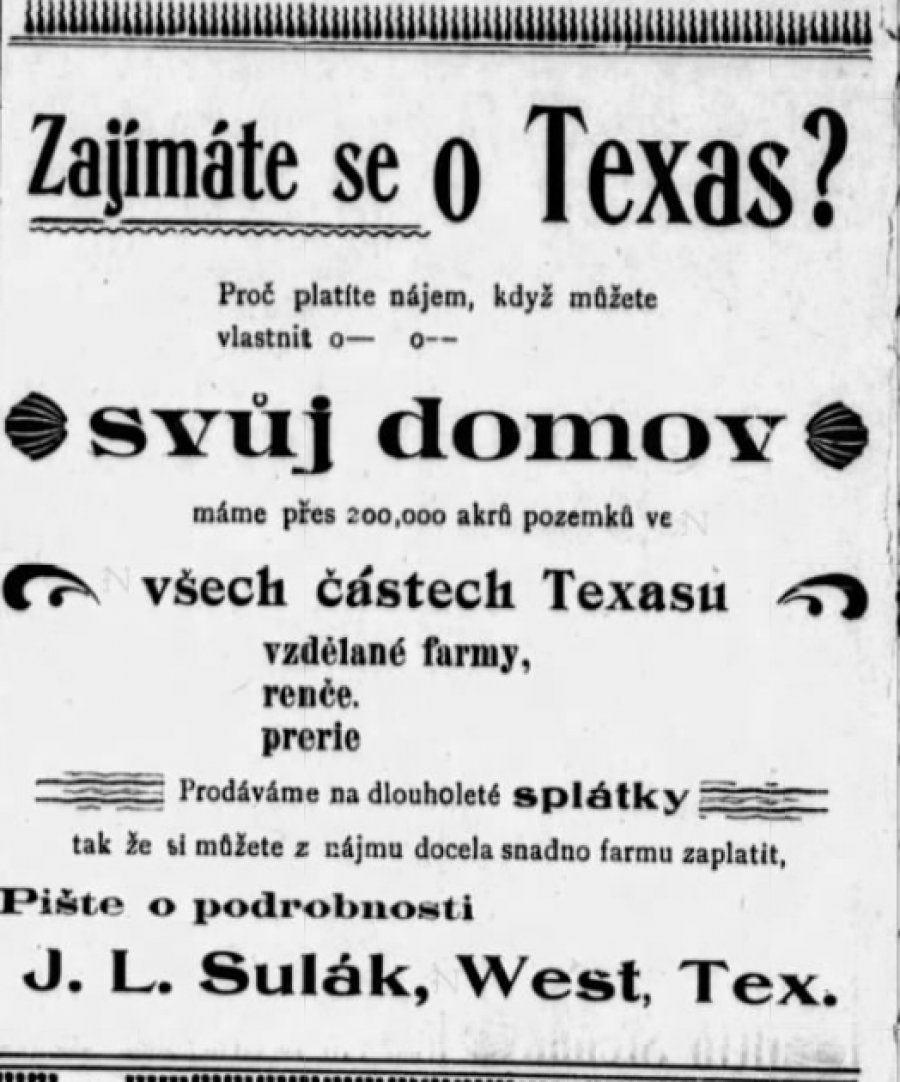 It makes me wonder why the Genzers left to go to Oklahoma. I suppose the grass is always greener. But that's... not necessarily... true of Oklahoma...

In any case, I'm so glad to have found out more about this place, and now I have another interesting mystery to solve: who is this Mary Genzer Zrubek/Cilak?

Also, I think that I very likely have some interesting emigration paperwork for this family. I will need to look into that sometime.